Arrive at airport Rome, Perugia or Ancona and meeting with the guide. Trasfer in deluxe coach to hotel in Chianciano Terme. Dinner and overnight in hotel.

After breakfast departure fo the full day excursion to Terni, Visit of city " The Italian Manchester " is a city of mainly modern traits that can hide inside pleasant surprises for tourists! Terni is also the city of St. Valentine, the patron saint of lovers all over the world. Its basilica is a popular destination for pilgrimages, and every year takes place the celebration on the 14th of February. Walking through the center you will see the alternation of modern buildings, built after the Second World War bombing, and the more ancient ones. San Salvatore is the oldest monument in the city, a church composed of a circular domed cylindrical, enclosed by arches, perhaps dating from the early Christian period. In the center of Terni there is the San Francesco Church which preserves notable artistic treasures such as the chapel frescoed with scenes from the Heavens Judgement by Bartolomeo di Tommaso. In the afternoon aking the State Road "Valnerina" from Terni, you'll reach the very famous Marmore Waterfalls after only 7 km. This is definitely an absolute must for whoever decides to visit Umbria. The Waterfalls, which are immersed in a natural scenery of incomparable beauty, are an artificial work due to the Romans. In fact, at that time, the Velino river was greatly enlarged and had created a vast zone of stagnant waters, swampy and unhealthy. Aiming to make these waters deflow, the consul Curius Dentatus had a canal dug which directed them in direction of the Marmore cliff. From there, he had them precipitate, in a total fall of 165 meters, into the river-bed of the Nera river which runs along below. In every age, the beauty of the Waterfalls has inspired poets and artists, among these: Virgilius, Cicero, G. Byron, and many others. For about 50 years now the waters of the Waterfall are used to fuel the hydroelectric power plant Galleto. Return to Hotel in the evening. Dinner and overnight in hotel to Chianciano Terme.

After breakfast departure fo the full day excursion to Gubbio. Let's begin our Gubbio tour from the Cathedral, the main church in Gubbio and art treasure. Enter inside to admire the works of the greatest Gubbio's artists of the sixteenth century and the two organs of the same age kept there. The scenic and panoramic piazza Grande also hosts the symbol of the town, Consuls Palace, built in Gothic style and witness of the importance of Gubbio in medieval times. Inside it you will find the municipal museum, the "big bell" and the seven "Eugubine Tables", dated between the third and second centuries BC, definetly the most important document for the history of the ancient italic people. In the afternoon free time for shopping gastronomic of products local. Return to Hotel in the evening. Dinner and overnight in hotel to Chianciano Terme.

After breakfast departure fo the full day excursion to Spello, visit the Church of Santa Maria Maggiore with its famous Cappella Baglioni that has a ceramic Deruta's floor and Pinturicchio's frescoes. Take a visit to the Roman House, dating from the first century AD, whose walls inscriptions suggest that it was owned by the mother of the roman emperor Vespasiano. Our tour continues with the church of S. Andrea built in 1258 and the church of S. Lorenzo with its impressive facade, a twelfth century loggia, rosettes and decorative elements. In the afternoon visit of Norcia, very different to the lower, pastoral hill-towns of western Umbria. True, there’s not much in the way of culture, despite the fact that it was the birthplace of St Benedict (pilgrims flock here), but it is one of Italy’s leading gastronomic centres (truffles, ham, salamis, lentils, cheeses) and a perfect base for the remarkable Piano Grande and Sibillini mountains to the east. In particular we will stop in the church of San Benedetto, situated in the center in the main square and famous for having given life to the Benedictine order. Return to Hotel in the evening. Dinner and overnight in hotel to Chianciano Terme.

After breakfast departure fo the full day excursion to Lake Trasimeno, is located in the green heart of Umbria, amidst beds of reeds and charming white water lilies. It’s a true natural paradise home to wild ducks, cormorants, kites and kingfishers. In the afternoon boat view of the island Maggiore a beautiful resort famous for its weddings. Return to Hotel in the evening. Dinner and overnight in hotel to Chianciano Terme.

After breakfast departure fo the full day excursion to Orvieto, also boasts a rich underground world. The town sits atop a vast underground network of Etruscan-era caves, wells, and tunnels. Guided tours of the medieval caves offer a glimpse into how these ancient Italians lived, from the remains of an old olive press to a pigeon coop where the birds were reared for roasting. St. Patrick's Well 175 feet deep, 45 feet wide, and 496 steps down Amazing wonder of the world. In the afternoon visit of Città della Pieve. This characteristic village "Città della Pieve" was touched by the events of the medieval history, and indeed, a number of masters had the control of the town until when Clement VII placed it under the direct control of the Church. At the center of the village, still today encircled to a good extension by the walls of 1300, having such a medieval style that here the narrowest street of Italy can be found (via Baciadonne), the Dome dedicated to the SS. Gervasio and Protasio rises; its original structure has to be dated around the XII century. Inside the church, works can be found of Domenico Alfani and of two great painters from Città della Pieve, the Perugino: " Madonna and the SS. Giovanni Evangelista, Giovanni Battista, Pietro Martire e il beato Giacomo Villa ", " Madonna con Bambino e SS. Pietro, Paolo, Gervasio e Protasio ", " Battesimo di Gesu", and the Pomarancio: " Eterno e Angeli ". Beyond to the beautiful tower del Pubblico, high 38 meters and constructed since year 1000, the churches of S. Maria della Mercede and S. Agostino, which conserve respectively a fresco of the Perugino and a table of Pomarancio, one should not forget to visit the castel (La Rocca) and the church of S. Francesco, today sanctuary of the Madonna di Fatima. The former it is a solid defensive structure with towers, the latter, dating back to the XIII century, has works of local school and a "Pentacost" of the Pomarancio; finally, some works of the most famous painter of the city , Peter Vannucci, are conserved in the churches of S. Maria dei Servi e S. Antonio Abbate. Return to Hotel in the evening. Dinner and overnight in hotel to Chianciano Terme.

Transfer back to the Rome, Perugia or Ancona airport and check in for your flight home at the end of an unforgettable tour of Italy.

Ø Accomodation in a 4-star hotel according to program

Ø Half day guided visit of Gubbio 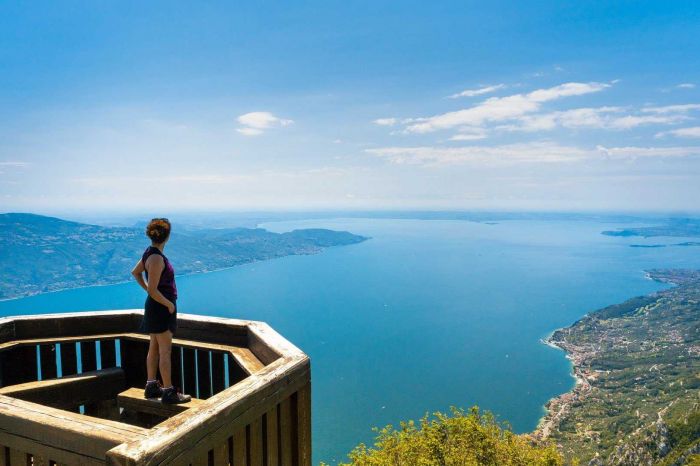 The Colors Of The North